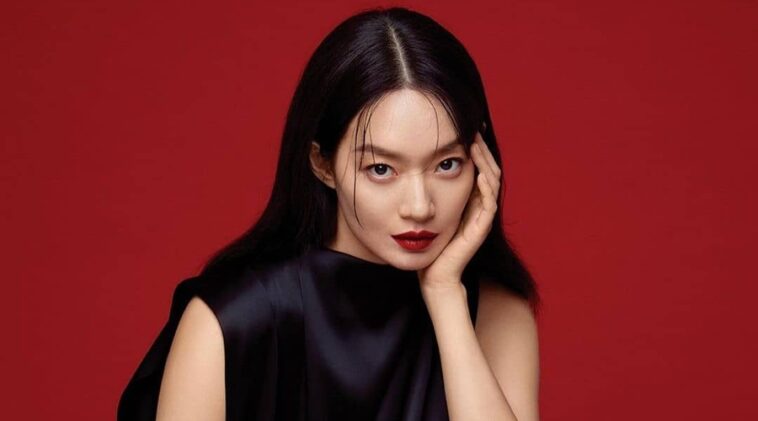 Shin Min Ah started her career in the modeling industry from a young age. She was still in school when she decided to send her pictures to a youth magazines called Kiki Magazine.

The publication selected her to become their model. This young girl started working for them in 1998.

Since then, her career has exploded into a massive success. She became a household name in the modeling industry.

In 2009, Shin Min Ah was invited to Milan, Italy to do a photo-shoot for Elle Korea.

She worked with Jamie Dornan for the Calvin Klein brand. The beautiful model was also featured on The New Times’ T Magazine.

Other than taking on the modeling world, Shin Min Ah also worked as an actress. At first, she started by appearing on several music videos from the boyband g.o.d.

Then in 2001, she got her first role as supporting actress in Beautiful Days. It didn’t take long for her to rise to stardom as her next films Volcano High and Madeleine successfully brought her fame.

Over the years, the woman from Seongnam continued on taking many more roles in films and televisions. This includes her first leading role in the 2005 drama series A Love to Kill.

Some of her other iconic roles are in My Girlfriend Is a Nine-Tailed Fox (2010), Arang and the Magistrate (2012), and the critically acclaimed indie film Sisters on the Road (2009).

2. She’s showing off her modeling skill

4. Shin Min Ah is looking like an angel lost on the field

Shin Min Ah has been under the spotlight for quite some time. Her ability to adapt to new trends is what keeping her going. She is definitely not going anywhere anytime soon.