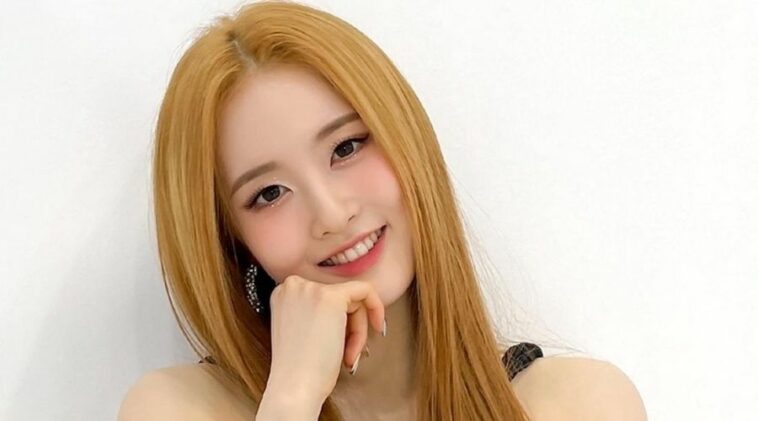 Even though Sieun initially debuted as an actress in previous 2014, she actually already has a desire to be a singer since she was just a child.

Starting to be a trainee in FE Entertainment, Sieun first made her first debut as an actress in February 2014 by acting in Pluto Secret Society.

But after that, Sieun decided to move to JYP Entertainment as a trainee in 2017. In that agency, she made some acting appearances again for some dramas like Still 17 (2018).

Two years later, she finds out that she wants to reach her dream to be a singer. Moving to High Up Entertainment, she then became a trainee there.

In September 2020, Sieun finally became an official member of STAYC. She then debuted with the group by releasing Star To A Young Culture on November 12, 2020.

2. She looks like a goddess with the blonde hair

3. Sieun looks so chic in this photo

4. Denim makes she looks so pretty

5. What a lovely girl

A powerful actress and charming singer; that’s our conclusion for our princess Sieun. She is really a talented girl and we are really proud of her.