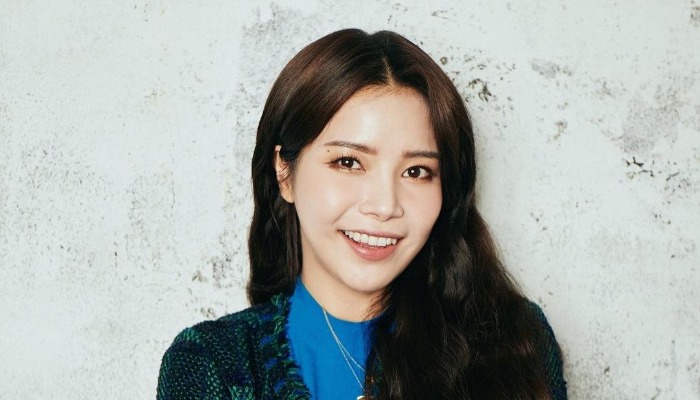 Solar made her debut in the entertainment industry in 2014. With girl group MAMAMOO, she released debut single Mr. Ambiguous along with their first EP Hello.

This debut was praised by many music critics and launched MAMAMOO’s career into stardom.

Throughout her career, this leader of MAMAMOO has appeared in many collaboration songs.

She paired up with Korean singer Bumkey for R&B song Don’t be Happy, took part in Coffee & Tea with Eddy Kim, collaborated with f(x)’s Luna and EXID’s Hani for the song Honey Bee, and many more.

Her 2020 collaboration project paired her up with Kassy for A Song From the Past.

Solar has also lent her voice in several soundtracks. She appeared in Twenty Again OST. with the song Star in 2015. She also sung Blue Bird for Run On OST. and Adrenaline for Vincenzo OST.

This K-pop sensation started her solo career by making project called Solar Emotion. The project began in 2015 and ended in 2018 with Solar Emotion Part.6.

There are total of 11 songs, with 9 of them being covers of old Korean songs by former Korean soloists.

The only exceptions are Nada Sou Sou which is a Japanese song and Star Wind Flower Sun, a song by MAMAMOO.

After the project is done, Solar released all of the songs in one LP. Later on, she also hosted a solo concert called Emotion Concert Blossom. She held 3 concerts in Seoul and 2 in Busan.

The girl born in Gangseo-gu then followed up the LP by releasing a single album Spit it Out in April 2020. The song was a commercial success, peaking at number 76 on the Gaon Digital Chart.

Moreover, the physical version went on to debut at number 2 on the Gaon Album Chart.

On international level, It become her first top ten single on Billboard’s World Digital Songs chart. Spit It Out also gave Solar her first ever music show win on SBS MTV’s The Show.

1. Solar is looking sexy in this little black dress

2. Long hair or short hair, she can definitely rock both of them

3. She looks glamorous even in blue jeans

4. Solar is blossoming like flower in spring in this pink makeup look

Solar is one incredible singer and an even better leader. With her on the helm, no wonder MAMAMOO is as successful as they are today.