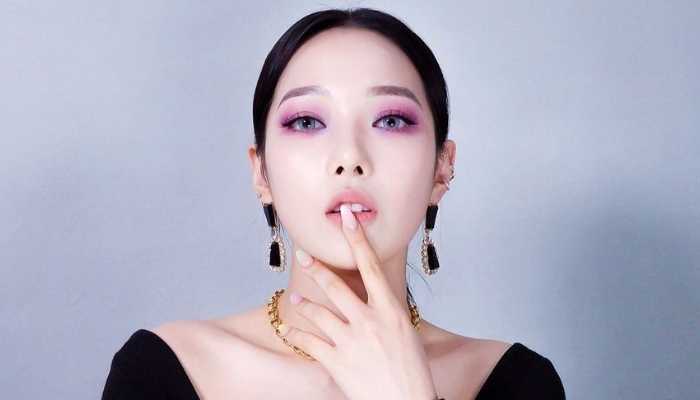 Jeon Somin or also well-known as Somin had a lot of entertainment experiences even before she began to make a public appearance as a KARD member.

She first debuted as a K-pop idol when she joined PURETTY which is Japanese based. She debuted with PURETTY on 5th September 2012.

But unfortunately, PURETTY disbanded in 2014 before doing Korean debut.

No longer after that, she decided to become a contestant for KARA Project. After doing a lot of hard works, she finally got 2nd place.

In 2015, she made her debut again alongside APRIL. At that time, she also got a position as a leader.

But, she decided to make her departure from the group because she wanted to focus on her study and also because of APRIL’s concept.

One year later, Somin then made a debut appearance again alongside KARD a co-ed group. She then released the debut EP called Hola Hola on 19th July 2017 with the group.

1. She looks effortless beautiful with this office suit

2. Her figure is so perfect

5. She looks so cute yet edgy here

Somin is an epitome of a hard-working and passionate idol. She is charming, dazzling, and super-talented. She is also always successful to win everybody’s heart. Such a lovely woman!