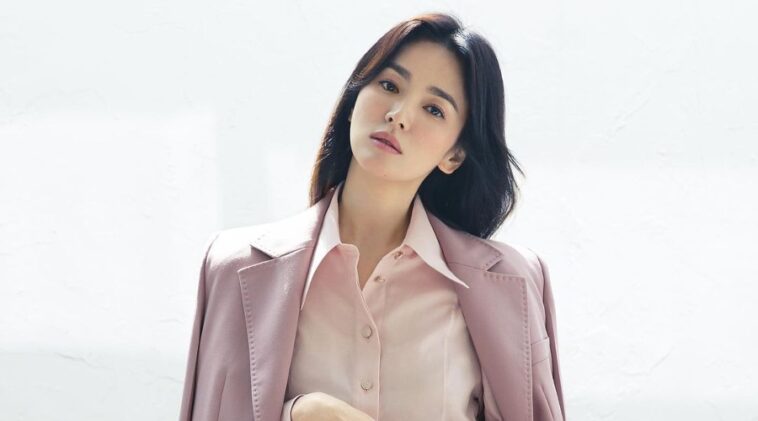 In 1996, Song Hye Kyo participated in SunKyung Smart Model Contest. She ended up winning the competition and became a model for their school uniform.

This experience led her into getting some acting roles. She made her debut in 1996, getting small role in the TV series First Love.

She would then go on to star in many TV series, mostly in supporting roles.

This actress began to gain recognition in 2000. At the time, she got a role in the drama Autumn in My Heart.

It was a hit domestically and across Asia, pioneering the Korean wave trend. As one of the star, Hye Kyo also gained massive popularity.

The woman from Daegu continued to see a rise in popularity over the next few years. She starred in many hit series such as All In (2003) and Full House (2004).

But she also had some underwhelming projects in the film Hwang Jin Yi (2007) and Make Yourself at Home (2008).

Following her slum in late 2000s, Hye Kyo made a comeback in 2013 with That Winter, the Wind Blows.

Her performance in the hit series was widely praised. She even won Daesang at APAN Star Awards.

Her biggest role yet later came in 2016. She got the lead female role in Descendants of the Sun.

3. Love the simple and soft look

4. She makes a great model

Song Hye Kyo is without a doubt one of the most famous actress in South Korea. Her role in introducing the Korean wave to international audience has been really big as well.