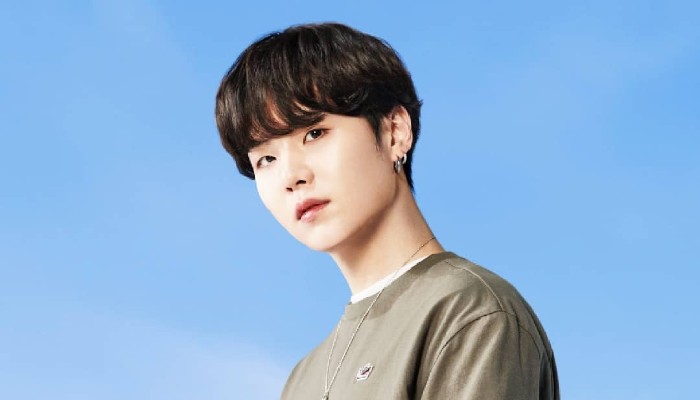 Suga first took interest in rapping after listening to Rangga Muffin by Stony Skunk. He then made his mind in becoming a rapper after finding out about hip-hop group Epik High.

He started working a part time job at a record studio by the age of 17. There, he learned all about composing and arranging music, rapping, and performing.

He even released a song called 518-062 about the Gwangju Uprising.

The man born in Daegu first joined Big Hit Entertainment as a music producer. He then became a trainee alongside RM and J-hope for 3 years.

Suga made his debut as the member of BTS with the single album 2 Cool 4 Skool.

The man born in 1993 also had another solo on BTS next EP The Most Beautiful Moment in Life, Pt. 2.

He performed the track Intro: Never Mind which talks about his own teenage’s years. This song was released on November 2015.

Suga didn’t  perform any other intro songs for BTS until 2020. As part of the album Map of the Soul: 7, he released Interlude: Shadow.

The interlude is a rap song discussing BTS’ fame and comparing it to the celebrity life they dreamed about in earlier song O!RUL8,2?.

Other than performing intro songs for BTS, the Pisces man has also released two solo songs. The first track is called First Love for the 2016 album Wings.

He then released Trivia: Seesaw which talks about the up and down of falling in love. The song appeared on BTS’ 2018 album Love Yourself: Answer.

In 2016, Suga released a mixtape named after his alias Agust D via Soundcloud for free. There are total of 10 songs in the mixtape.

Through the songs, the rapper discussed his depression and his struggle with social phobia.

He followed up his mixtape with a second one named D-2. It was released on May 2020 and has 10 tracks in it.

The second track of the album Daechwita served as the lead single. D-2 was well received and managed to peak at number 11 on the Billboard 200.

1. Suga is shining brightly on this winter day

2. He looks quite intimidating in this close-up with all black outfit

4. He looks really charming in this muted cream combination

5. Suga is looking like a real gentleman in this suit

Suga is a genius songwriter who doesn’t seem like talking that much. Instead, he lets his works do the talking for him.