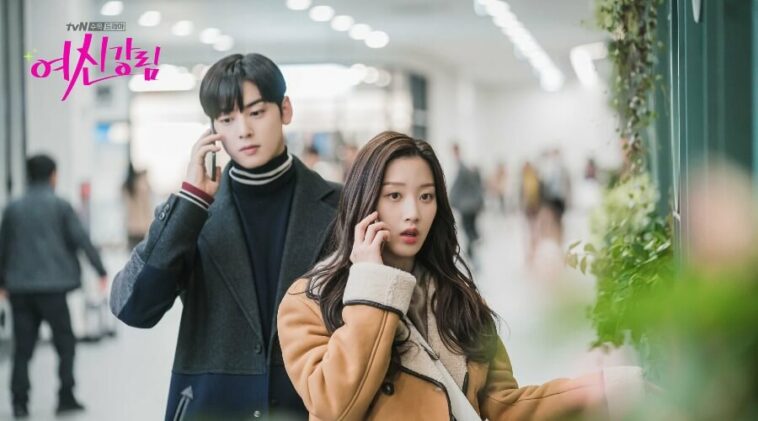 The popular Korean drama, True Beauty, made its release period starting from December 9, 2020 until February 4, 2021.

True Beauty actually an adaptation from a webtoon called Yeoshingangrim, a webcomic written by Yaongyi and was a masterpiece from the director of the previous popular K-drama, Extraordinary You.

Initially, when tvN revealed the casts of True Beauty, there were some Yeoshingangrim webcomic fans who doubted the compatibility of the characters with the cast.

But their doubt finally was erased after the character posters were released.

Her opponent actor, Cha Eun Woo, had starred in different dramas, such as Rookie Historian Goo Hae-Ryung (2019), and Soul Plate (2019).

This drama is a replacement for the schedule of the previous tvN drama, Tale of the Nine Tailed, which was aired every Wednesday and Thursday at 22:30 KST.

Since she was just a child, Im Ju Kyung (Moon Ga Young) never feels confident about herself, especially about her physical appearance.

She was told by everyone that she didn’t look pretty. This physical judgment makes her always wondering about what’s the problem with her face.

Ju Kyung continues to live her life with her bare face until one day that changed her life forever.

After moving school from her old school to the new school, Ju Kyung has a strong desire to look prettier than before.

To afford that goal, Ju Kyung decided to learn how to wear make-up. After some practice, Ju Kyung finally gets her best look that enhances her beauty.

She never took off her make-up when she’s outside after then. She even goes to school wearing that make-up and never shows her bare face to anyone.

In her new school, she also finds two men who are interested in her, Lee Suho (Cha Eun Woo) and Han Seo Joon (Hwang In Yeop).

Read more: My Roommate Is a Gumiho – Cast & Summary

Ju Kyung is a student at Saebom High School who has expertise in make-up. She has been told by everyone that she doesn’t look beautiful and make her feel inferior about herself.

Ju Kyung then started to learn make-up through a lot of tutorials on the Internet. These tutorials are the ‘gurus’ for her that change her life forever.

After then, she always wears make-up when she goes outside and hides her bare face really well.

A popular and handsome student at Saebom High School but he can hide her dark memories in the past.

He is also very smart, comes from a wealthy family, and is very good at basketball. In the previous moment, he was Seojun’s best friend.

He is a cold person, but after meeting Ju Kyung, Suho felt alive again.

He is as popular and handsome as Suho but in a different way. Seo Joon has a more bad boy look, but actually, he is really a kind and soft person, such as to his sister and mother.

Seo Joon is a very talented singer and became Suho’s best friend in the previous moment.

Naturally beautiful, smart, and rich. That’s how Soojin lives her life. In school, she’s a best friend of Ju Kyung and Suho.

Soojin has been crushing Suho since a long time ago and this feeling makes her not being the same Soojin anymore.