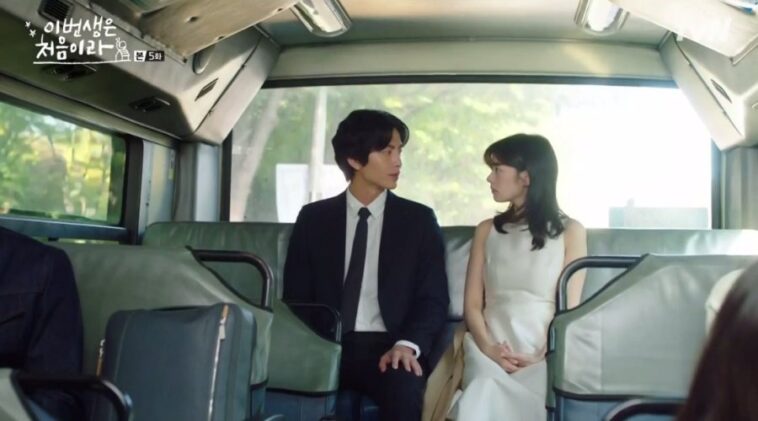 The process of script reading for all cast in this drama began in August 2017 in Sangam, South Korea.

Because This Is My First Life is starred by Lee Min Ki as the male lead and Jung So Min as the female lead.

Meanwhile, Lee Min Ki had acted in Shut Up: Flower Boy Band in 2017 before filming Because This Is My First Life.

This drama was aired every Monday and Tuesday at 21:30 KST on tvN to replace the previous tvN drama, Argon.

Synopsis of Because This is My First Life

This drama tells a story about a piece of the life of two ordinary people.

The story highlights the life between Yoon Ji Ho (Jung So Min) and Nam Se Hee (Lee Min Ki), who has a very different personality.

Nam Se Hee is a 30s-years-old man who has been living his life in his own way. He is still single and makes a decision to not marry anyone.

On the other side, Yoon Ji Ho is also facing her 30s life. She is also single and she struggles to achieve a successful life.

Ji Ho doesn’t have her own home and wants to have one. Besides, she also doesn’t want to date anyone anymore because she struggles financially.

One day, she meets Nam Se Hee that has his own home. Se Hee offers to rent his house to Ji Ho and they finally become a housemate.

A very socially awkward and quirky computer designer. He is very smart and can afford his own life by buying his own house even though he still has to pay the mortgage.

But unfortunately, he makes a decision to not marry or dating. After meeting Ji Ho, he becomes a housemate for her.

After the pregnancy of her brother’s girlfriend, she moves out directly from her house. Even though she is financially broke, she still wants to go out and finally lives in Se Hee’s house.

Trailer of Because This Is My First Life

because this is my first lifekorean drama