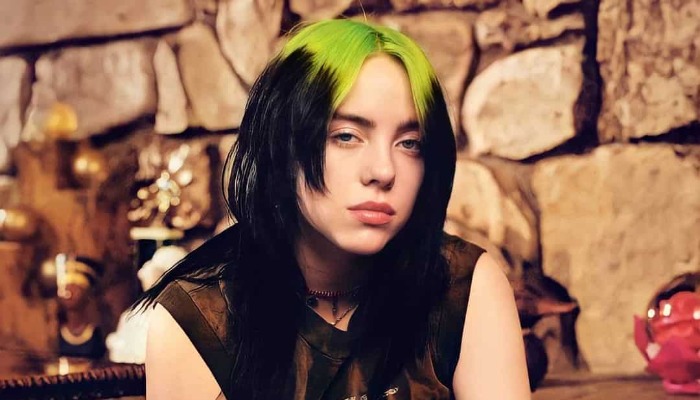 Billie Eilish’s popularity from her debut song Ocean Eyes was intentional. In 2015, her dance teacher, Fred Diaz, asked her brother, Finneas, to write a song, so he could create the choreography.

After the song finished, Finneas asked her to sing the song since it would sound better with a woman’s voice. They uploaded it on SoundCloud, and it went viral unexpectedly.

Eilish started signed contracts with well-known brands such as Apple and Channel.

Then, she released other singles Bellyache, Bored, Watch, Copycat, and more in 2017 to follow Ocean Eyes’ success.

The next year, she held the Where’s My Mind Tour and partnered with other artists like Drake and Khalid.

In 2019, her 2017-song Don’t Smile at Me got 1 billion streams on Spotify. Next, she released her first album When We All Fall Asleep, Where Do We Go?

The album peaked at any chart including Billboard 200 and UK Albums Chart.

In 2019, Billie got nominated for six Grammy Awards and was crowned Billboard Woman of The Year. The next year at the 2020 Grammy Awards, she eventually won four categories.

3. This makeup looks gorgeous on her, isn’t it?

4. What do you think of her purple outfit?

5. Sticking out her tongue is her favorite pose!

There’s always a reason why she becomes the top star and idol for many people. Her talent is incredible and she’s not afraid to be different.