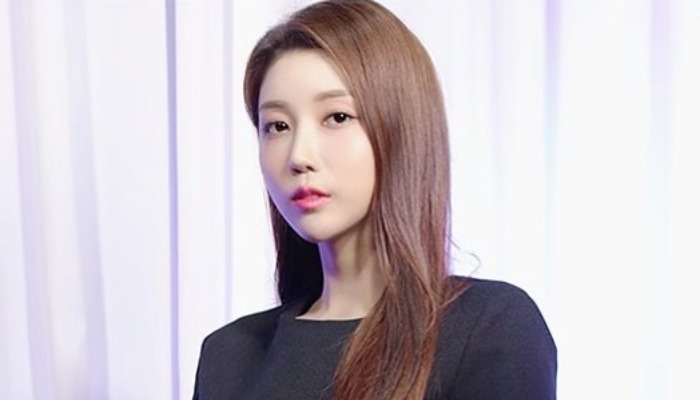 Before becoming an artist, Doori first started out as a model. In 2015, she won second place in the Asian Beauty Awards.

But her interest has always laid in music, so in 2017 she joined Sol-T under Probeat Company.

Doori became part of Sol-T after their members Doa and Edo left. The group has previously released two digital singles.

The first one titled Curveball and the second Bad Girls. Both songs are accompanied with music videos.

Unfortunately, the public reception was not great and the group disbanded in 2017. Doori never got the chance to debut with Sol-T.

Probeat Company then tried to salvage the girl group by re-debuting under a new name GBB (Gawi Bawi Boo). In May 2018, the group released their first mini album Girls Be The Best.

It includes the two songs from Sol-T and a new one called KEMI. Again, this group also didn’t last long. After years of inactivity, one of the members Chae Hee confirmed it had disbanded in 2020.

In the meantime, Doori had joined a competitive survival reality show Miss Trot. This Cancer girl won and earned a spot on girl group Venus.

They released the debut digital single Turn Signal on August 2019 along with a music video.

Since then, the group under PocketDol Studio hasn’t had any more activity but hasn’t been officially disbanded.

Along with the group projects, Doori also has some solo ones. Prior to her solo debut, she partnered up with Huigaro for the singles Take Me Away and You, Me, and Us That Day in 2017.

Doori released her first solo digital single You in October 2018 when she was still with GBB. The girl born in 1993 followed it up with mini album With You.

She has several other digital singles including Night Train (밤열차) released in 2019.

It has 5 tracks with the song Beauty Advisory serving as the album’s title track. In 2021, she released a single album Don’t Say Goodbye along with a music video.

2. She pops out in this purple dress

5. Doori is ready for the summer

Doori is an incredible model with voice of an angel. Hopefully, we can hear more from her soon.