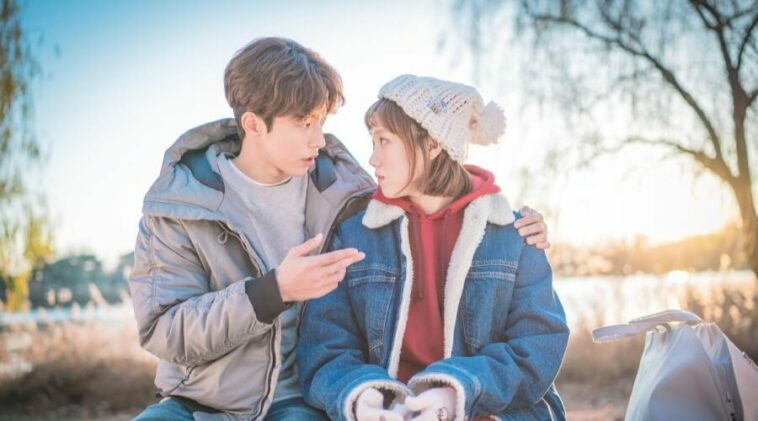 Actually, this drama was inspired by the Korean weightlifting athlete, Jang Mi Ran, to show her struggles and fights in the weightlifting world.

The process of script reading for this drama started in August 2016 and was located in Sangam, South Korea.

Meanwhile, Nam Joo Hyuk had starred in Who Are You: School 2015 (2015) before beginning to raise his popularity in this drama.

Kim Bok Joo is one of the undergraduate students there who majored in the weightlifting department alongside her best friends, Nan Hee (Choi Hye Jung) and Seon Ok (Lee Joo-young).

Later, she finds out that Jae Yi is her childhood best friend’s brother whose name is Jung Joon Hyung.

Initially, Joon Hyung always loves teasing Bok Joo every time he meets her, but eventually, he ends up fall for her.

An ambitious weightlifting student, brave, and very strong. She falls in love with Jae Yi at first but later she falls deeply to his younger brother, Joon Hyung.

A handsome, playful, and talented swimmer at the college. He is so popular among the girls, but he loves teasing Bok Joo.

A doctor with a tender, gentle, and warm heart. He is the first love of Bok Joo, even though he doesn’t know it.

A talented rhythmic gymnast student who has a past romantic relationship with Joon Hyung. She is also Bok Joo’s roommate and gets jealous when Joon Hyung has a crush on Bok Joo.