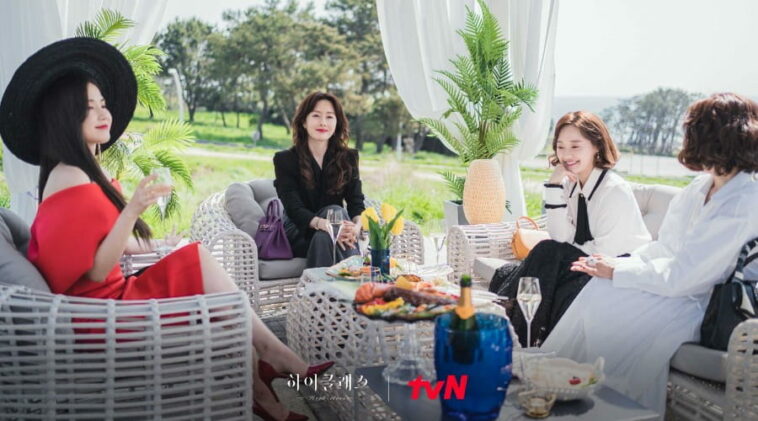 Since the High Class Korean drama has been released on September 6, 2021, this drama is considered one of the exciting tvN dramas.

Ha Jun previously had starred in Black Dog in 2019 and also Missing: The Other Side in previous 2020.

Meanwhile, Gong Hyun Joo was the main actress for Love is Drop by Drop in 2016.

High Class is aired on tvN every Monday and Tuesday at 22:30 KST and replaces the previous tvN drama, You Are My Spring.

Actually, Danny Oh would be a very awesome ice hockey athlete, but if only he didn’t get the injury.

That injury made him quitting the world of ice hockey. He thought that he still has a long way to go to live his daily life.

After the injury, he starts her new life as a teacher. He becomes a teacher for an international school located in Jeju Island which is prestigious.

Danny Oh suddenly becomes a star in that school because of his handsome appearance.

So many women at the school admire him, starting from the female teacher, female students, and the mothers of his students.

But actually, Danny Oh is a person with a lot of secrets.

A former lawyer who is living her life in her 30s.

A total girl boss. She is the CEO and President of Hotel Locanda. Also, she is the Parent Representative of HSC International School.

Na Yoon is the assistant of Song Yeo Ul. Also, she works as J&Y Gallery’s CEO. There’s a rumor that she returned back to Korea with her daughter without her husband.

Formerly, she was a Miss Korea. Then, she turned to be a top actress. She loves being clingy with Ji Seon and wants to be like her.

He was an ice hockey athlete before becoming a teacher.

People around Cha Do Yeong