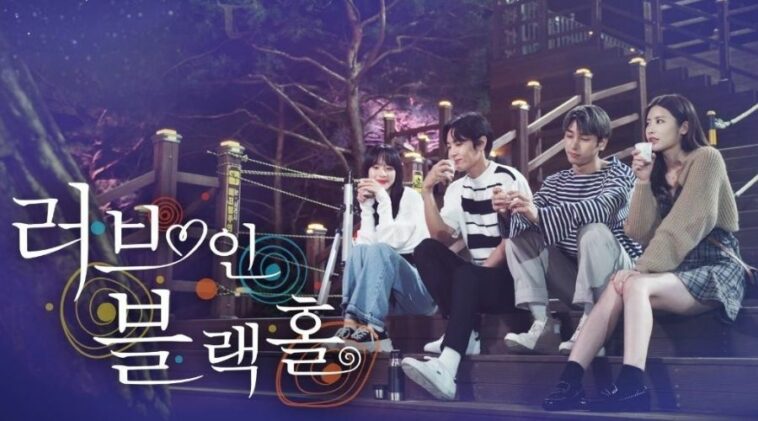 Love In Black Hole is one of the most awaited Korean dramas this year because this drama has an enchanting line-up.

This drama has just made its release date last Friday, September 17, 2021, on Big Picture Mart Network.

Meanwhile, Hui Hyeon had become the main actress for Happy Ending in previous 2016.

Love in Black Hole is aired every Friday at 16:00 KST on Big Picture Mart Network. You can also watch this drama on WeTV or Viki.

Synopsis of Love In Black Hole

This drama tells a story about the love life of Shim Eun Ha (Seola), a student who majored in astronomy and space science.

She really loves the galaxy and space world. Eun Ha also has a mind with a lot of possibilities about the universe.

Also, she can see and imagine a lot of things that the others aren’t able to see.

As a student of astronomy and space science, she surely knows about the black hole. One day, she finds a hole that she thinks that’s the opposite of a black hole, a white hole.

That white hole releases a lot of letters from the inside. This mystery then leads her into her journey to find what happens in that hole.

A beautiful and curious person. She is a student of Astronomy and Space Science at her college and tries to find the reason behind that mystery.

A cheerful guy and a friend of Eun Ha from childhood. Tae Yang actually is a student at his university, but he loves having more fun than studying.

A cold-heart senior in his college. He is handsome, popular, and admired by many girls. He never opens his heart to any romantic relationship.

A cheerful and always positive guy.

Wants to achieve her career in the music field, but her parents don’t allow her.

Trailer of Love In Black Hole