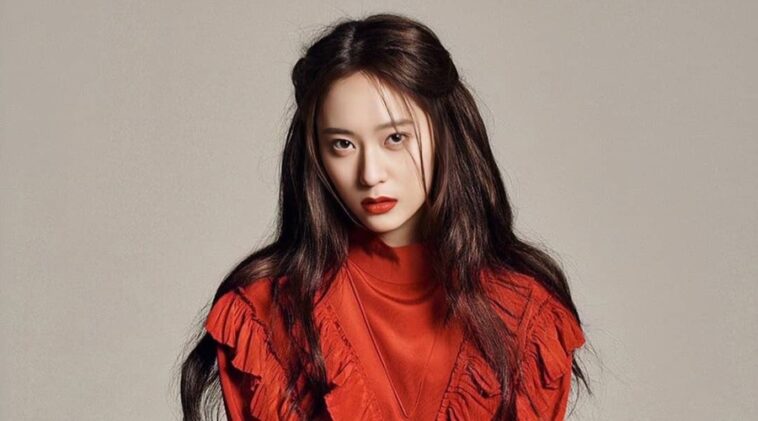 Krystal Jung was spotted by SM Entertainment agency at just five years old. She was on a holiday with her family in South Korea during that time.

This young girl got invited to appear on Shinhwa’s music video for Wedding March.

Afterwards, SM Entertainment offered her to sign to the agency. Krystal would get singing and dance lessons in order to become a professional artist.

But because of her young age, her father had to turn down the offer.

Only in 2006 at the age of 12, Krystal joined SM Entertainment. She trained for about 3 years. Then in 2009, this young artist became part of new girl group f(x).

She made her debut with the group in September, releasing the single LA chA TA.

This K-pop Idol gained massive success and recognition during her time with f(x). She got three Gaon Digital Chart number 1 from the album Pinocchio, and the EPs Nu Abo and Electric Shock.

Their second studio album Pink Tape is a critical acclaimed and even featured in Top 100 Classic Albums of All Time.

Other than being an idol, Krystal is also active in the film and TV industry. She made her debut as an actress in July 2010.

She got a small role in a sitcom More Charming By The Day. This Scorpio woman began to get recognition as an actress for her role in 2013 drama series The Heirs.

Krystal got her first leading role in the 2014 TV series My Lovely Girl. She was praised by the director for her determination.

This role would lead her into more acting jobs, especially since f(x) had halt their activities in 2016.

4. Loving the simple and soft looks

Krystal Jung has been an incredibly hard-working person since such young age. Thanks to her determination, she manages to have successful career in both music and acting.