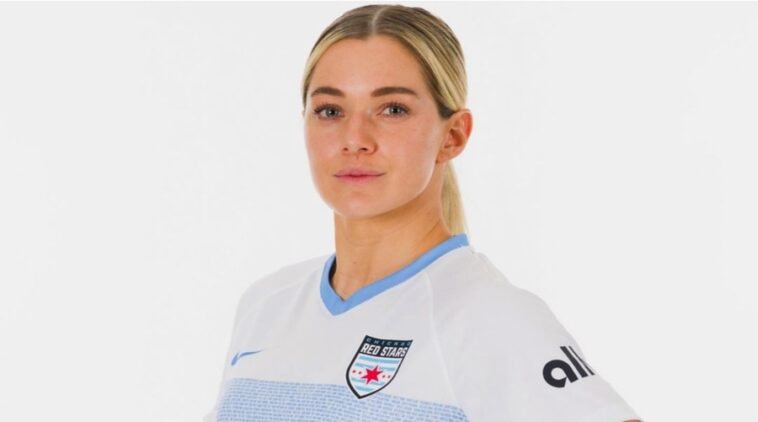 Kealia Watt was raised in Draper, Utah. She was named after Kealia Beach, which was located on the island of Kauai.

She graduated from Alta High School and was a four year varsity soccer player at the school. When she was on the soccer team, she led the team to win state soccer from 2006 to 2009.

She attended North Carolina University and was part of the All Tournament Team in the 2010 ACC Tournament.

In her freshman year, she played 22 games out of 24 games and scored 14 goals. But in her final year at North Carolina, she lost to UCLA in the final.

In her senior year, she played in 25 games, scoring 11 goals along with 6 assists. After graduating from North Carolina, she began her professional career by joining Houston Dash in 2014.

Her international senior debut began when she represented United States in friendly matches against Switzerland. 48 seconds after her entering the pitch as a substitute, she scored and set a record.

“Being safe as a player is the bare minimum.”

“Two years ago, one year ago, this would not be heard of, so we have made huge strides there. Even in CBA negotiations, we’ve been able to be in the room and share our experiences and share directly with the league how we feel, and that has never happened in the past.”

“For a majority of the time I’ve been in this league, we don’t really know what’s going on. We would hear and see things on Twitter before we were told anything.”

“It’s so important to listen to players, to hear players, and keep us informed.”

“We were serious about these demands and we will go through every single one and either check them off or not,”

Kealia Watt was diagnosed with severe astigmatism in her right eye when she was 6 that led to her blindness, but she didn’t let it get in the way of her football career.