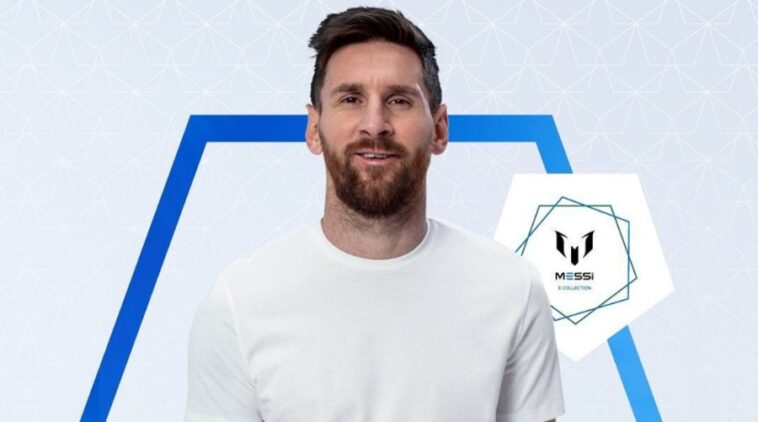 Lionel Messi has developed a passion for playing football from an early age.  His grandmother sees the potential in him, she then takes him to his first football training session at Grandoli’s local football club.

With the persuasion of his grandmother, his parents bought him his first pair of football boots and she is the one who asked his first coach, Salvador Aparicio to include him in the match squad.

Seeing the potential in him, the coach, Salvador Aparicio vowed to take him to a bigger academy.

He was six years old when he joined the Newell’s Old Boys, a club in Rosario and spent six years there before signing with FC Barcelona and enrolled at the Barcelona’s youth academy.

His first year at Barcelona academy was full of struggle, because of transfer conflicts between Newell’s and Barcelona, he was only permitted to play in friendlies league.

It’s not until a year later in February 2002 he could enroll in the Royal Spanish Football Federation.

Since then, he played constantly until making his professional senior debut when he was 17 during friendly matches against José Mourinho’s Porto. After years of spending time with Barcelona, in 2021 he transfer to Paris Saint Germain.

His notable football career also recognize among national team. He played for Argentina in 2005 FIFA World Youth Championship and scored six goals in the game.

He makes his debut for Argentina’s senior team in 2006 and became the youngest Argentine to play in the FIFA World Cup.

“It’s scoring goals that’s great, whether against Brazil or anybody else.”

“Sometimes you have to accept you can’t win all the time.”

“I have fun like a child in the street. When the day comes when I’m not enjoying it, I will leave football.”

“There are more important things in life than winning or losing a game.”

“Money is not a motivating factor. Money doesn’t thrill me or make me play better because there are benefits to being wealthy. I’m just happy with a ball at my feet. My motivation comes from playing the game I love. If I wasn’t paid to be a professional footballer I would willingly play for nothing.”

“I always thought I wanted to play professionally, and I always knew that to do that I’d have to make a lot of sacrifices. I made sacrifices by leaving Argentina, leaving my family to start a new life. I changed my friends, my people. Everything. But everything I did, I did for football, to achieve my dream.”

“I’ve always really just liked football, and I’ve always devoted a lot of time to it. When I was a kid, my friends would call me to go out with them, but I would stay home because I had practice the next day. I like going out, but you have to know when you can and when you can’t.”

“I have many years to get better and better, and that has to be my ambition. The day you think there is no improvements to be made is a sad one for any player.”

“It seems like people want to blame me for everything. Whenever any issue arises, I’m said to have been involved even if I’ve had nothing to do with it. That’s why I always focus on what I know, which is playing football, and try to be very careful with what I say because people always try and twist things.”

“For my part, I try to do my bit to make people’s lives more bearable, in particular children across the globe who are having problems.”

“Every year I try to grow as a player and not get stuck in a rut. I try to improve my game in every way possible. But that trait is not something I’ve worked on, it’s part of me.”

“You cannot allow your desire to be a winner to be diminished by achieving success before and I believe there is room for improvement in every sportsman.”

On his way to becoming the great footballer he is, Lionel Messi should face many hardships, even a disease that almost put his football career at risk.

But with his and his family’s determination, he could pass those hardships.