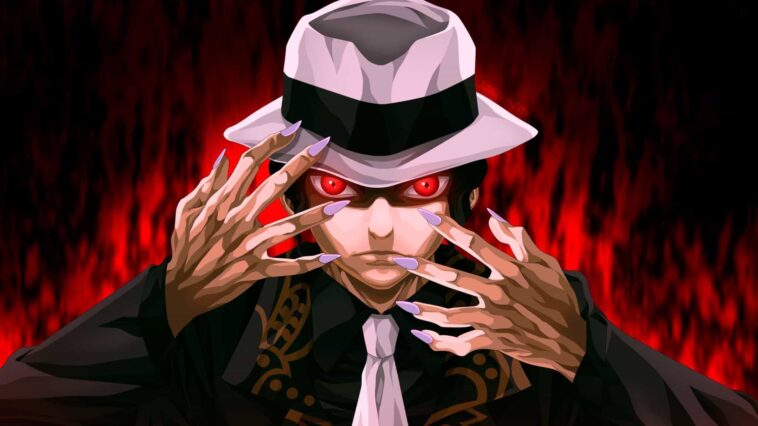 Muzan Kibutsuji is the main antagonist in manga and anime Demon Slayer: Kimetsu No Yaiba. He is the Demon King and the progenitor of other demons that exist.

He was a human, during Heian Era. He was turned into a demon to cure his disease. His human form has an age of 20 years old man, but he has lived more than 10.000 years.

Muzan Kibutsuji has a tall and muscular body with unnaturally pale skin and curly black hair. His eyes are almond-shaped with plum red colored. He has sharp blue nails on his hands.

He is wearing a white fedora with red ribbon and a black tuxedo with a white tie over black dress shirts and white dress pants. He was also seen wearing a black loafer.

As a villain, he is cold-hearted, intimidating, and ruthless. But exceptionally intelligent. He seems detached and rarely shows emotion. Has no attachment to humans, or to his subordinate.

He is a narcissist that can’t stand being mocked and believes that others exist only to serve him.

“You told me what to do. You deserve death.”

“I haven’t got any punishments. I have been forgiven for killing hundreds of thousands of humans. I haven’t seen God or Buddha for a thousand years.”

“If you become a demon, you can live forever.”

“The true monster is that man. Not me.”

“A demon beating a human is a foregone conclusion.”

“Only feelings are eternal and undying. That is true. I do not remember a single human being I have killed.”

“People who are dead never come back to life. Instead of sticking to such things, why don’t you just work for dairy money and live quietly?”

The heavens are not punishing me. Despite the hundreds, thousands of humans I’ve killed, I’ve been let off the hook. And I have never seen a God or Buddha over these thousand years.”

Muzan Kibutsuji is the main antagonist known as Demon King He has immersed strength and is not an easy opponent. Though he is powerful, he still has the weakness that is sunlight.