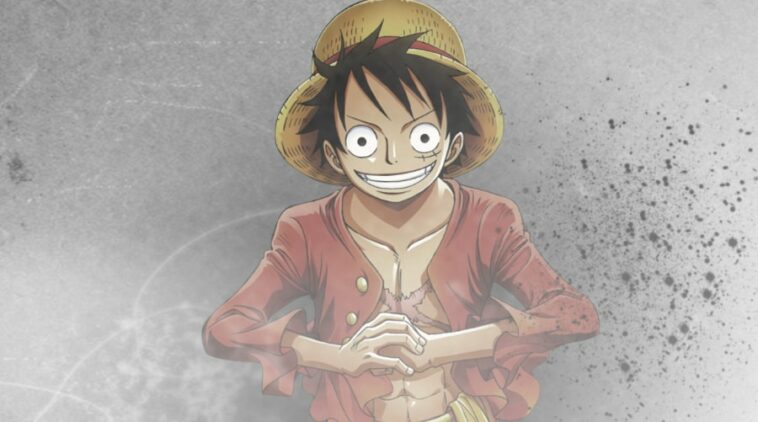 Monkey D. Luffy is the protagonist in the famous manga One Piece written by Eiichiro Oda. Popular as his power as a rubber man, he is a character that is childlike.

He likes freedom and sometimes does whatever he wants as a Pirate.

Dreams of becoming Pirate King, he belongs to Worst Generation, the Generation that takes major actions against the World Government.

In the first chapter, he sees himself wearing a sleeveless red vest along with sandals and blue trousers. His trademark outfit is his straw hat, which he gets from Red-Haired Shanks.

His body is slim and muscular. He has shaggy black hair and round eyes.

Underneath his left eye, there’s a scar with two stitches that he got because of his acts to gain acknowledgment from Shanks.

He is a confident person who has an unwavering belief in himself. He is also fearless and childlike.

He can be greedy, especially when it comes to food. He is also greedy to protect his crew and willing to sacrifice himself to protect them.

“I don’t wanna conquer anything. It’s just that the person with the most freedom on the sea is the pirate king.”

“Dying is not repaying a debt! That is not what he saved you for! Only weak men would die after someone spared their lives!”

“If you hurt somebody… or if somebody hurts you, the same red blood will be shed.”

“If I get reincarnated… I wanna become a clam.”

“If you ask this old man anything about it here and now… Then I’ll quit being a pirate! I don’t want to go on a boring adventure like that!”

“It’s not like ‘thanks’ are something I can eat.”

“I don’t have to be a boss or a great pirate, do I? Whenever you guys are in trouble, call us! We’ll come help you no matter what.”

“Hero? No! We are pirates! I love heroes but I don’t wanna be one!”

“I’ve set myself to become the King of the Pirates… and if I die trying… then at least I tried.”

“The world’s greatest swordsman, that’s great! And it’s fitting since your new boss is going to be King of the Pirates! Anything else would make me look bad!”

“If you don’t take risks, you can’t create a future.”

“An island from a dream within a dream? I could never pass up a great adventure like this!”

“I’m pretty sure I can’t live without being helped!”

Although his personality is childlike, Monkey D. Luffy has the ability to figure out the root of a problem and solve it in simple ways.

The combination of his carefree but responsible acts and his willingness to do anything to protect his crew and friends are part of him that makes him charismatic.