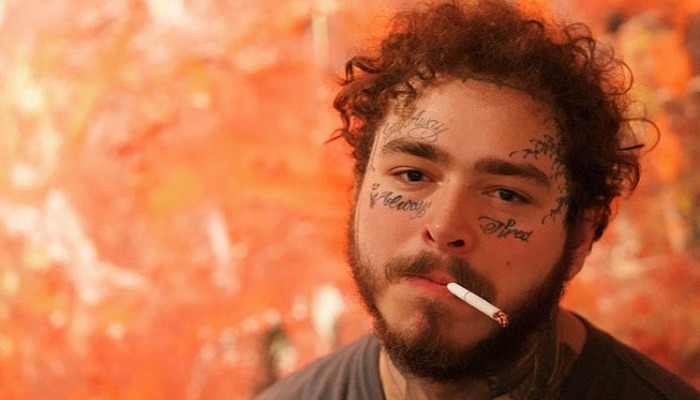 Post Malone started her career when he created his first mixtape named Young and After Them Riches.

After graduating, he moved to Los Angeles and formed a group called BLCKVRD. In 2015, he uploaded his song White Iverson on SoundCloud and got one million views in a month.

After that, he signed a production contract with Republic Records. He also performed at Kylie Jenner’s birthday party.

It led him to collaborate with Kanye West on Fade. In 2016, he appeared as the opening act in Purpose World Tour by Justin Bieber.

In 2016, Post released his mixtape named August 26th. He also launched his album, Stoney. Some of the songs featured famous singers, Quavo and Justin Bieber.

His second album, Beerbongs & Bentleys, was a quantum leap. He got almost 80 million streams on Spotify and led him to receive nominations from Grammy Awards.

3. Malone and his guitar can be separated

4. A mirror selfie from him!

Post Malone had his own way to become a successful rapper. His curiosity and passion for music led him to attain huge recognition.