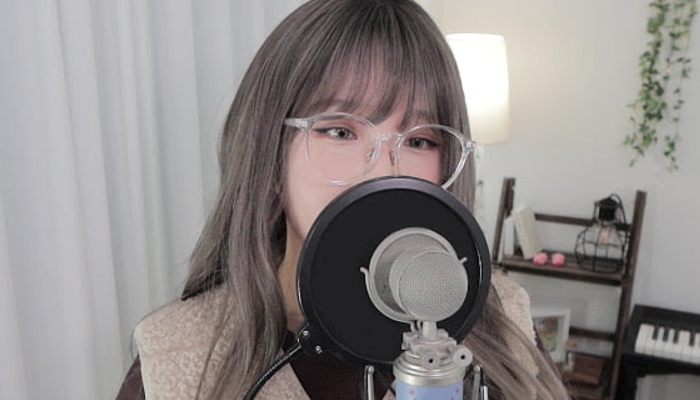 Saesong first started out in 2014 as Broadcast Jockey (BJ) in video streaming service AfreecaTV. Under the username Songree, she chatted, called fans, and even did live song covers.

In 2016, this talented singer opened a Youtube channel to share her song covers with wider audience. This way, people who couldn’t catch her live streams can still enjoy her covers.

Back then, Saesong didn’t record these songs separately either. Nor did she edit them in post-production.

The songs were done live as requested by her viewers. She only cut the part of each song and posted it on Youtube.

After a while, Saesong began to upload separate song covers on Youtube. These ones are more polished than on the live streams.

She quickly gained massive attention and reached 100.000 subscribers in less than a year.

With her newfound popularity, this Aries girl decided to stop doing live stream on AfreecaTV.

She shifted all her focus on Youtube. Some of her most popular covers are iKON’s Love Scenario, BLACKPINK’s DDU-DU DDU-DU, and PENTAGON’s Shine.

Saesong mainly did cover of K-Pop songs as she’s more confident singing in her first language. But from time to time, she would also cover popular western songs.

She has done Say So by Doja Cat, Havana by Camila Cabello, and Santa Tell Me by Ariana Grande.

There is no doubt that Saesong is one very talented singer. We hope she could gain more confidence and come up with more song covers.