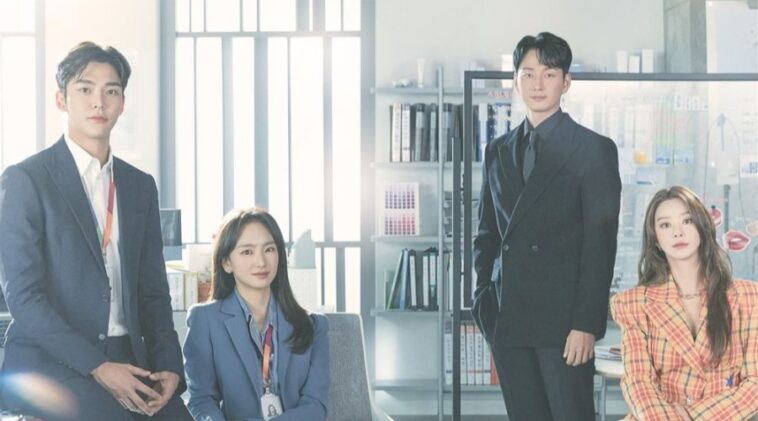 She Would Never Know, the romantic Korean drama created by JTBC, has its release date on January 18, 2021.

This drama is an adaptation of a novel written by Elise, Sunbae, Geu Lipstick Bareujimayo, which was published in 2017.

Meanwhile, her opponent actor, Rowoon, had starred in Click Your Heart (2016) and Extraordinary You (2019).

This drama was aired every Monday and Tuesday at 21.00 KST on JTBC to replace the previous JTBC drama, Live On.

Synopsis of She Would Never Know

She Would Never Know drama tells a story about the romantic world in a cosmetic company.

A marketer in that company, Yoon Song A (Won Jin A) is beautiful, kind-hearted, and very passionate about her work.

Yoon Song A really loves her job and has an eagerness to work in her company.

On the other side, there’s also a marketer who works together with Song A, Chae Hyun Seung (Ro Woon).

Chae Hyun Seung later falls in love with Yoon Song A and wants to be in a relationship with her. Unfortunately, Yoon Song A doesn’t want a younger guy as her boyfriend.

A beautiful and attractive woman who works at KLAR Cosmetics. Yoon Song Ah had a relationship before alongside BM Lee for approximately two years.

A very kind-hearted man who works at KLAR Cosmetics. He is Yoon Song Ah’s ex-boyfriend.

A girl boss who works at KLAR Cosmetics.

Trailer of She Would Never Know