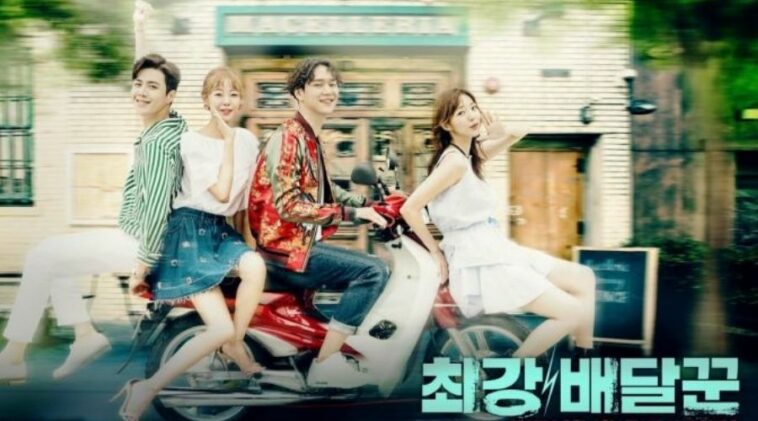 The filming process of Strongest Deliveryman K-Drama began on June 17, 2017, and involved all casts.

Meanwhile, Go Won Hee had become the main actress for TV Novel: The Stars are Shining (2015).

Strongest Deliveryman was aired on KBS2 every Friday and Saturday at 23:00 KST to replace the previous drama, Hit the Top.

Strongest Deliveryman mainly tells about the daily life story of an ordinary people, with his own love life.

The highlight of the story refers to Choi Kang Soo (Go Kyung Pyo). Kang Soo is a hard-working deliveryman who has a grand dream.

His dream is to be the CEO of his mega-company in the future. He really wants to be successful to run his own delivery app enterprise.

And, he also wants to be successful in his love life.

He lives his daily life as a deliveryman. He has a grand dream to be his company’s CEO and wants to do anything to reach his success.

Similar to Kang Soo, she works as a delivery woman. She is a single-minded person about money.

A rich and stubborn man. In daily life, he works as the Head Manager of his family’s company. Later, he changed his stubborn personality to a good one.

She is a part of Jung Family Foods and a daughter of it. She loves being an independent woman to run away someday.