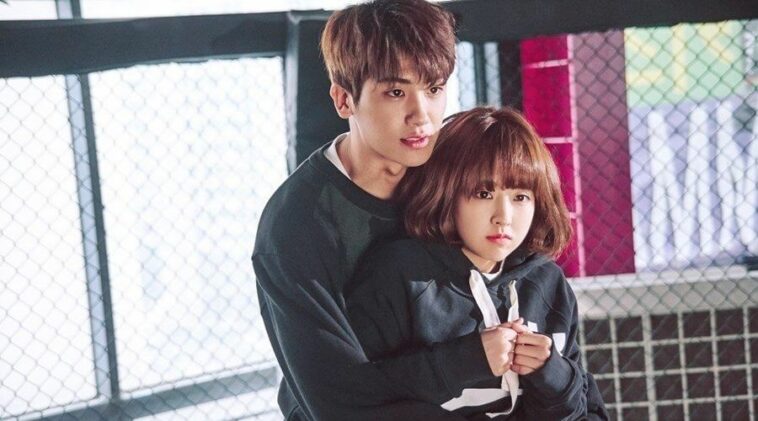 Strong Woman Do Bong Soon hit its popularity since the first airing date on February 24, 2017, on JTBC Network.

The first production process for this drama took its place on October 29, 2016, when all casts gathered to do script reading.

Park Hyung Sik had starred in High Society (2015) and Hwarang (2016) before he played as the main actor for Strong Woman Do Bong Soon.

Strong Woman Do Bong Soon was aired on JTBC every Friday and Saturday at 23:00 KST and replaced the previous drama, Solomon’s Perjury.

A unique girl who was born with a superpower, Do Bong Soon (Park Bo Young), spends her entire life being a secret wonder woman.

Bong Soon has a strength that is only received by the women members in Bong Soon’s family. Even though she was born as a wonder woman, her dream is to be a video game creator.

The story begins when she helps an accident that involves an attack on a bus driver.

Her incredible strength accidentally is seen by Min Hyuk (Park Hyung Sik), a CEO of a company of video game, Ainsoft.

After seeing Bong Soon, he thinks that Bong Soon might be suitable to be his bodyguard to guard him against any threats from an anonymous person.

Min Hyuk then offered her to join her company, as a win-win solution for both of them.

On the other side, there are some criminal cases that involve women kidnapping around the neighborhood of Bong Soon and Guk Doo, her friend and her first love.

Bong Soon, Min Hyuk, and Guk Doo then make a decision to solve that criminal case.

The real wonder woman was born with super strength since she was just a baby. She has been helping others with her strength anonymously.

Bong Soon has been crushing Detective Guk Doo since high school, but later she falls for Ahn Min Hyuk, her CEO.

A handsome CEO of Ainsoft, a popular and successful game company. He has a magnetic and charming aura.

Even though he treats Bong Soon as her employee and often teases her, deep down he cares a lot about her.

He is an old friend of Bong Soon. An ambitious rookie detective who always does anything for justice.

People around Do Bong Soon