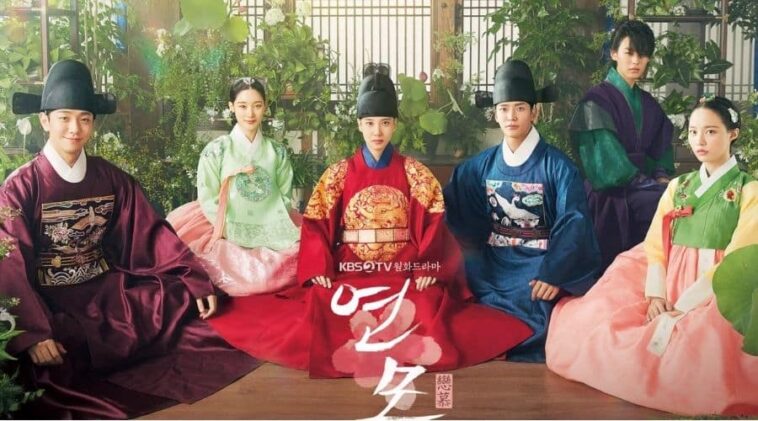 The King’s Affection is a really fresh drama, because this drama makes its release date on October 11, 2021, on KBS2 network.

This drama is actually an adaptation of a comic written by Lee So Young with the original title Yeonmo.

The lead female, Park Eun Bin, previously had become the main actress for Do You Like Brahms? in 2020.

Meanwhile, her opponent actor, Ro Woon, had starred in She Would Never Know (2021).

The King’s Affection is aired on KBS2 every Monday and Tuesday at 21:30 KST and replaces the schedule of Police University.

Synopsis of The King’s Affection

This drama tells a historical story about the political issue of a monarch.

Mainly, this drama shows how Prince Lee Hwi (Park Eun Bin) lives her own life, starting from her birth until she comes back to the palace.

She actually has a twin who is a boy, but her twin died because he got sick. And actually, Lee Hwi was supposed to be murdered because it crosses the tradition’s right.

After her twin died, Lee Hwi comes back to the palace and becomes a prince. She hides her identity as a girl and is always afraid of her secret being revealed.

Lee Hwi becomes a super secretive person. But after she meets her teacher, Jung Ji Woon (Ro Woon), she knows she can rely on him.

A woman who turns to be a Crown Prince because of the rules of the palace. She hides her identity to make her life safe.

A handsome and smart man who works as Lee Hwi’s teacher. He is the one who makes Lee Hwi falls in love for his charm.

A kind-hearted and wise man. He is a part of the palace family.

The guardian of Lee Hwi who is handsome, strong, and very skillful in martial arts. But unfortunately, he often gets jealous of the palace life. Even so, he is a dedicated man to guard Lee Hwi as well.

A beautiful young lady and comes from a popular family. Even she is a part of a powerful family, she utilizes it to develop her knowledge to always be a smart person.

The beautiful woman who is the daughter of the Ministry of War.

Trailer of The King’s Affection