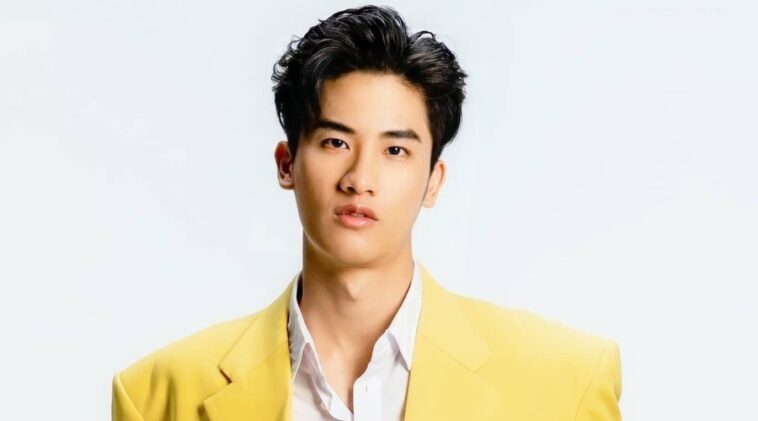 Tay Tawan started his career in the entertainment industry as a host. In 2014, he became one of the hosts in music TV program Five Live Fresh.

In the same year, he also had his acting debut. He starred in TV series Room Alone 401-410 as supporting role. His performance earned him a bit of recognition.

Although he was still quite new in the entertainment industry, this actor got in CLEO Thailand’s 50 Most Eligible Bachelors of 2014.

This coverage got him a massive publicity. He ended up gaining even more popularity.

In film, Tay got his big breakthrough around 2018. At the time, he got the leading role as Pete in Kiss Me Again. He also got some other main roles in 3 Will Be Free and Dark Blue Kiss.

As he becomes a very successful actor, the man born in 1991 would still be working as a host. He hosted his own web series TayNew Meal Date and also the show Friend Club.

2. His smile is so bright

3. He has a rich and glamorous feeling around him

4. The black suit makes him even cooler

Tay Tawan has amazing set of skills to be successful in the entertainment industry. He is such a talented actor and an incredible host as well.