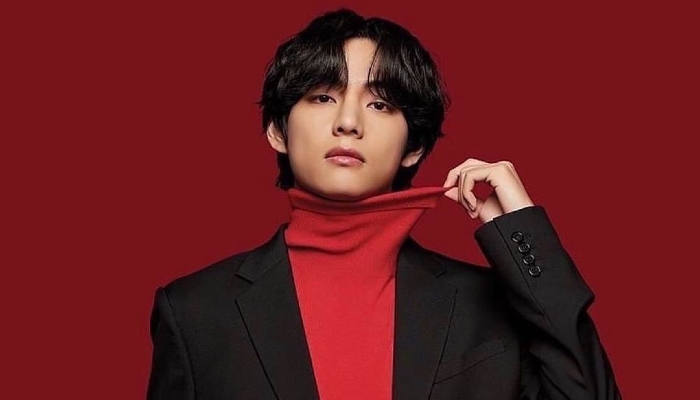 V began his career in the music industry by joining Big Hit Entertainment as their trainee.

With BTS, he eventually made his debut in 2013 with the song No More Dream from their single album 2 Kool 4 Skool.

This K-pop idol is widely known for his talent in songwriting. He has written and even contributed to music composition in several BTS songs.

Some of his works can be heard on Hold Me Tight,  Fun Boyz, and Run.  For the song Run, V composed the melody while Jungkook wrote the lyrics.

V has also released several solo songs under BTS. The first one being Stigma, a self written song for the album Wings.

He then followed it up with Singularity, a song used as a trailer for album Love Yourself: Tear. The song was well received among critics.

Troughout his career, the man born in Daegu has also made several collaborations.

He joined Zara Larsson for a song called A Brand New Day for mobile game BTS World. The song managed to debut on top of World Digital Song Sales chart.

He has also worked with his fellow member Jimin in creating Friends for BTS fourth studio album Map of the Soul: 7. In this album, V also has written a solo song called Inner Child.

Outside of the band, this songwriter has also made a name for himself. He released his first full solo song Scenery through BTS’ soundcloud page.

V composed and wrote the song by himself, he even took the photograph used as the cover artwork.

In the span of two weeks since the release, Scenery has broken the daily streaming records 9 times.

Later on, V also released a self-directed music video to accompany it through BTS’ Youtube channel.

This K-pop idol has also made his debut in acting by landing a role in Hwarang: The Poet Warrior Youth. He paired up with Jin for its’ soundtrack by creating a duet titled It’s Definitely You.

His other endeavor in soundtrack came in 2020 for Itaewon Class. The song is called Sweet Night and was produced, written, and sung by V himself.

The song was very well received and even landed at number 2 Billboard’s US Digital Song Sales chart.

1. V looks absolutely angelic in this all white outfit

2. He can also pull off a classy look with this gray suit

5. The combination of dark jacket and bright bold colors is really nice

V is a hardworking idol with an unbelievable talent in songwriting. Hopefully, he would bless us with another one of his creation soon.