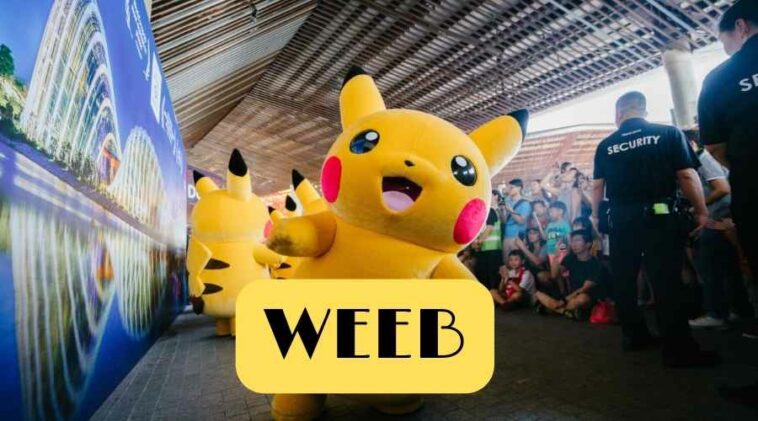 Many people know this term to describe a person with high enthusiasm for Japanese culture, but it’s a little bit more than that.

To get to know more about the definition and the origin of this term, it’s better for you to keep reading until the end.

Read also: What is Takuache? Meaning and Origin

Weeb is actually a short version of the modern term ‘weeaboo’, a term used to describe a non-Japanese person with a high affection for Japanese culture.

Commonly, these people are stereotyped as people who wish they were born as Japanese people, not others.

Usually, this type of person can be described by some special characteristic and uniqueness.

It can be their movie taste, color palette, book taste, and many more.

The term ‘weeb’ was first used by one of the users of a social media platform in the early 2000s to give an insult to some of the obsessive lovers of Japanese culture.

This term has already been used since that time and it came from the users of 4chan.

Even though the origin of this term already existed from a long time ago, the popularity of this term started to be popular in the early 2010.

The first appearance of this term in 2010 was on Twitter, which was followed by its appearance on Urban Dictionary one year later.

In 2012, this term also appeared in the archive of 4chan later.

Usually, the typical weeb vary, starting from using the Japanese terms, words, and phrases in their daily life to some extreme activities.

Those activities can be a declaration that Japanese culture is the best, or maybe spending a lot of money on Japanese things, such as manga, anime, idol figures, and many more.

Weeb in the Recent Years

During these days, the term weeb becomes very popular on 4chan. This site lists that at least there are already 100.000 uses of this term in 2018.

Not only on 4chan, this term is also pretty popular for any other social media and online platforms, such as Twitter and Facebook.

As time goes by, the number of women joining this community increases a lot, such as for the Otomo games and also the Boy’s Love manga.

Read also: What is Cheugy? Meaning and Origin

This term has been increasing since its first appearance in the 2000, so it’s understandable if many people use this term.

It’s interesting to find out more about the weeb term during these days.