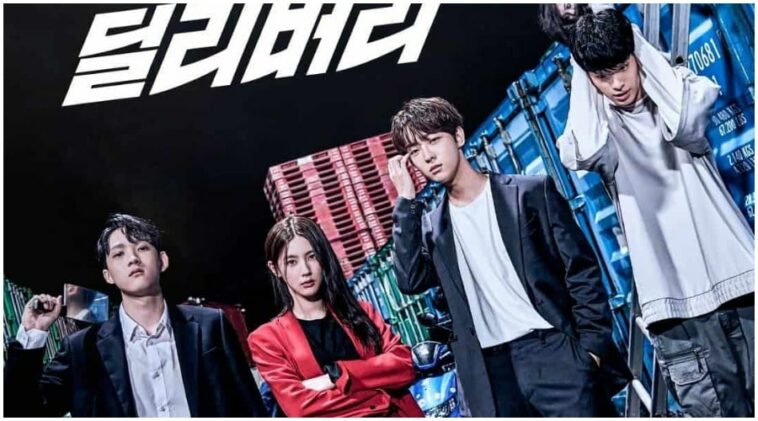 Delivery, a Korean drama produced by KGC Brand was released on November 12, 2021

This drama starred by some actors and actresses, such as Choi Mi Yeon and Lee Tae Vin

This drama is Mi Yeon’s comeback after playing in web drama Replay with the titled The Moment when It Starts Again in January 2021.

The other cast is Lee Tae Vin who has finished his longest Korean drama series Penthouse (2020). Delivery also became his first meet with Mi Yeon.

Kwak Doo Shik (Choi Mi Yeon) is a delivery woman who works hard to find out her mother with the help of Do Ki Hwan.

One day, Doo Shik get a problem when she accidentally knew an alien mission who want to take over the Earth.

With their teamwork and strategy, can this duo solve the problem to save the earth, or do they become trapped in an alien world?

Read more: Now, We Are Breaking Up – Cast & Summary

A delivery woman who has skills in Martial Arts. She also wants to meet her mother and asked the help of Ki Hwan.

The manager of delivery service on Doo Shik workplace. He helped Doo Shik to find her mother and save her from alien invasion.