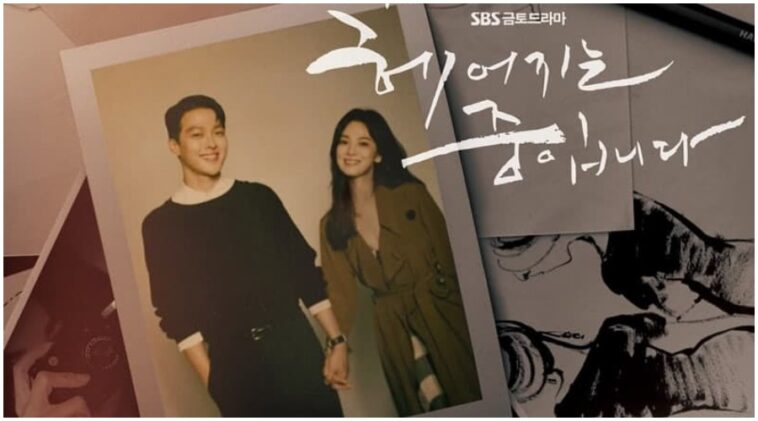 SBS released a drama, Now, We Are Breaking Up, that starred famous actors and actresses on November 12, 2021.

This drama became Song Hye Kyo’s first drama in 2021 after her last series Encounter with Park Bo Gum in 2019.

Hye Kyo’s popularity raised after she starred in Descendent of The Sun with Song Jong Ki in 2016.

Now, we are breaking up also became Jang Ki Yong’s last drama before his enlistment in August 2021.

Another actress who joined this drama is Choi Hee Soo who has played in several dramas, they are Mistress (2018) and Stranger (2020). Her job was also appreciated with several awards.

Actor Kim Joo Hun also became the other main cast of this drama after her last series, Dr. Brain (2021).

Besides, actress Park Hyo Joo and her stunning act made this drama more exciting. She has acted in Racket Boys (2021), and Dr. Romantic 2 (2020)

Yoon Na Moo reunites again with Park Hyo Joo in this drama after both of them are played in Dr. Romantic 2. He also has acted in Fight for My Way (2017) and Vagabond (2010.

All of the artists have gathered in April 2021 for the first script reading and finished their record in September 2021.

Now, We Are Breaking Up aired every Friday and Saturday at 22:00 KST and takes over SBS previous drama One the Woman.

Synopsis of Now, We Are Breaking Up

The story begins with the meeting of a designer and photographer in the fashion industry.
Ha Young Eun (Song Hye Kyo) is a leader of the design team in fashion retail.

She is an independent woman that has strong charisma. One day, she met Yoon Jae Kook (Jang Ki Yong) a perfect famous fashion photographer.

Even though Yong Eun seems not to have an interest in him but Jae Kook always finds many ways to make her fall in love, can he attract Yong Eun and become her lover?

korean dramaNow We Are Breaking Up