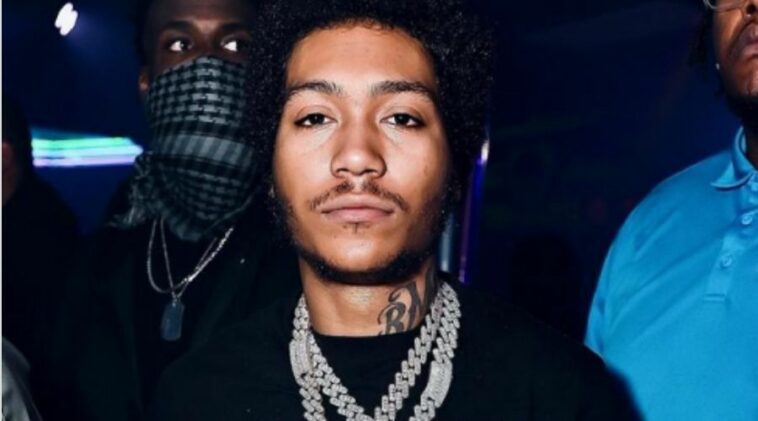 Demetrius Flenory Jr. initially didn’t have a plan to be an actor, but something happened in the previous year that made him trapped to fall in love with the acting industry.

Several times ago, his father called him from prison that the rapper 50 Cent had his rights to the story of Black Mafia Family, which a TV series would be released.

On that coll, Demetrius’ father also told him that BMF would portray the original story of Demetrius Flenory, his own father, and his uncle, Terry Flenory, 80’s drug dealers.

Later, the executive producer of the Black Mafia Family TV series tried to cast any actors to play a role as Demetrius’ father.

Unfortunately, he couldn’t find any suitable actor, which later led to his decision to tell Demetrius to move to LA to star in the series and play a role as his own father.

Shortly, after taking various acting classes, Demetrius then debuted as an actor in the Black Mafia Family TV series in 2021, portraying his father.

That series became the top hit series in America, which made his name became very popular.

Followed by his stardom, in 2022, he then becomes the cast of HBO’s TV series, Euphoria, in its second season.

Not only in acting, but Demetrius is actually also active as a rapper.

Demetrius has released various singles, such as 12 Wings, Dame Lillard, Savage Heart, and many more.

Demetrius Flenory Jr. is really a unique character. He can deliver his father’s act into the real acting, no wonder many people praise his acting skill!