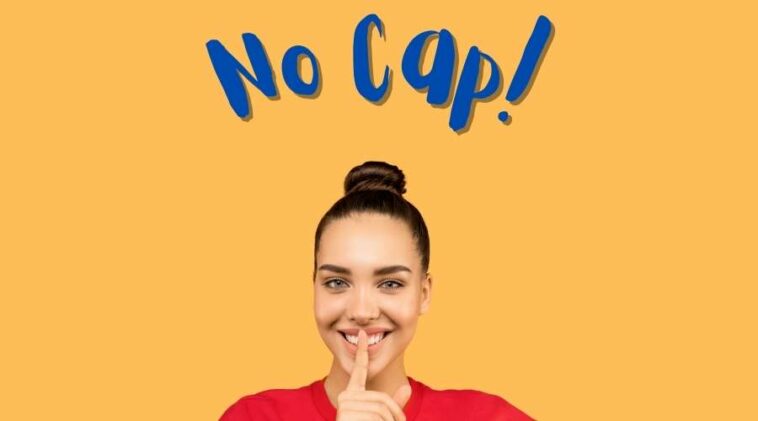 If you have been feeling confused to follow the modern term of the young generation these days, you might have heard about the term ‘no cap’.

Even though most of the modern slang these days comes from the Internet, there is no valid way to know about its real history.

On the other hand, the Internet lets everyone become the inventor of this term, by constantly refining the term from time to time.

Read also: What is PFP? Meaning and Origin

What is No Cap?

In general, ‘cap’ itself means ‘a lie’, so ‘capping’ means ‘lying’. If it’s translated to ‘no cap’, then it can be defined that you are not lying about a certain thing.

This term is one of the most popular modern slang for the past few years and has been being used by many people on social media platforms.

If someone told you ‘no cap’, it means that he or she is being honest about something that you have been talking about.

That term is used to assure others that you don’t betray them with your lie, so it’s pretty common to be used in daily life.

Some modern culture enthusiasts have found that the first appearance of this term came in the mid-80s.

During this period, there was a huge influence through hip-hop music, where the hip-hop musicians used this term in their song lyrics.

One of those amazing musicians was rapper Too Short, a California rapper that released this term on his 1985 EP.

Some decades later, the phrase ‘no cap’ increases very dramatically, starting in 2017 when the Internet started to become a massive success.

This term then rose into a mainstream term, even though its first appearance on Urban Dictionary was established in 2011.

After that, ‘no cap’ then has been used as a regular term for the young generation in their daily life, especially on the Internet.

No Cap in the Recent Years

In recent years, the massive popularity of the term ‘no cap’ itself began in 2017 when Young Thug & Future, a rapper from Atlanta, released a single with the title of No Cap.

Since that, this term has been used widely for the young generation, from regular people to celebrities.

TikTok, the viral social media platform, also contributes to the revival of this term, majorly by the hip hop creator on that platform.

Read also: What is Glizzy? Meaning and Origin

The term ‘no cap’ is pretty interesting to know, recalling that this term has been used since a few decades ago.

You can also use this term in your daily life to enrich your slang vocabulary.