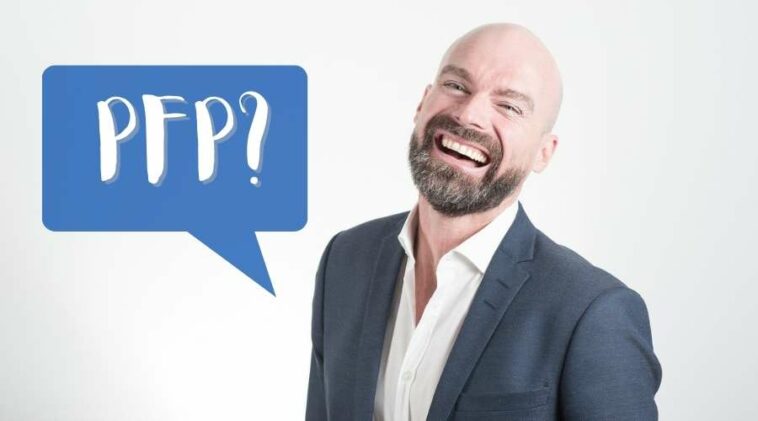 PFP itself is not a new and viral term these days, but the increase in its use spreads widely on online platforms.

This term is usually used on various social media platforms, but it can also be applied to any other online platforms as well.

Read also: What is Glizzy? Meaning and Origin

In the modern term, PFP is derived from the acronym for texting and social media. It is short for the profile picture and also the picture for proof.

On the other hand, this term is also able to be called ‘avatar’, which means a graphical representation of a user persona, especially on online platforms.

This term is widely used in Internet communities, where every user is usually required to have their own PFP, whether it’s their real picture or just a persona that represents them.

Even though this term is common on social media platforms, this term also can be used on some other online platforms, such as video games and many more.

PFP is pretty important for every Internet user to show their own persona, what they want to show to the other netizens.

Initially, the term PFP originally came from ‘avatar’, which was derived from the Sanskrit word that has the meaning of “descent”.

The first use of that term happened in 1979 by a computer game company to release the role-playing game Avatar.

After that, there was a novel written by Norman Spinrad, Songs from the Stars, in 1980, to describe an experience of a computer-generated virtual.

The use of the term ‘avatar’ then was continued by the next appearance from the other artistic creators, such as filmmakers, comic makers, and many more.

Time passed by and the massive use of PFP then was popularized in 1992, when Neal Stephenson, a writer, wrote the cyberpunk novel, Snow Crush.

Since then, after the popularity of the Internet and social media communities rose to stardom, the use of PFP is unavoidable.

PFP in the Recent Years

In recent years, PFP gained its massive popularity after the development of various Internet forums and other online platforms.

On every platform, the user is usually required to display their persona on the Internet by showing their profile picture.

The use of this term varies in purpose for every user. There are some users that want to display their PFP in order to represent their persona.

On the other hand, there are some users that prefer to not show their PFP to protect their privacy.

Read also: What is Weeb? Meaning and Origin

PFP is a common term that is used by a lot of young generations these days.

It is really interesting and fun to know about the history and the origins behind the existence of this term in these modern days.