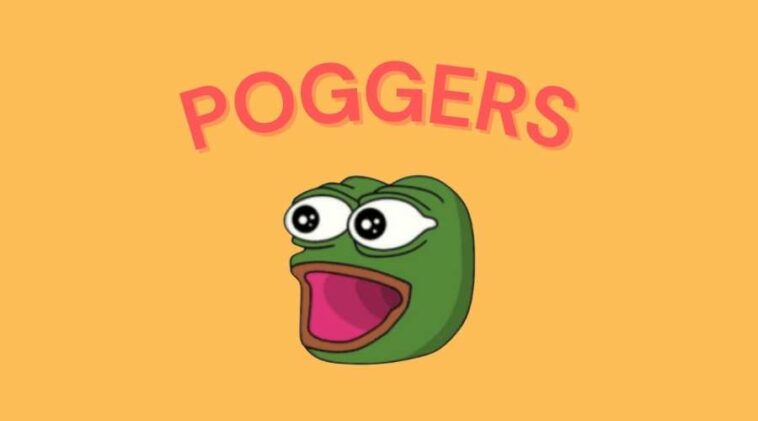 Have you ever found out about a weird modern slang called ‘poggers’? You might have been seeing this term widely spread across many social media platforms lately.

Lately, this term has reached its own popularity, even though some other people are still unfamiliar with this modern term.

Read also: What is Snozzberry? Meaning and Origin

In modern culture, poggers can be described as a specific emoji that is available on a game streaming platform, Twitch.

That emoji represents Pepe the Frog with a surprised-looking face and generally is used by Twitch streamers to express excitement when playing a game.

Thus, there is no clear and official explanation for this modern term from the Oxford English Dictionary or some similar official source of official languages,

This term is also used to describe an expression such as “wow, amazing!”.

On the other hand, there is also an explanation that describes poggers, or pog is actually a short for “Play of the Game”.

Even so, this term is mostly used to describe a good thing.

History and the Use of Poggers

Initially, this term was used in February 2017, when the emoticon, which is stylized as poggers, was submitted to Better Twitch TV.

During that time, many social media users wondered about the existence of poggers, which later was popularized by user Shafulyn in November 2017.

One month later, a thread to describe this term was conducted in December 2017, which later was followed by its first appearance on Urban Dictionary in January 2018.

This term then became very popular among gamers, which is proven by the amount of Twitch channels that use this term increased by over 160.000 channels.

Read also: What is Sneaky Link? Meaning and Origin

After learning about this modern slang, it is understandable if this term is used very widely in the world of the virtual world.

This term is fun and full of joy, which represents the joy of youth.