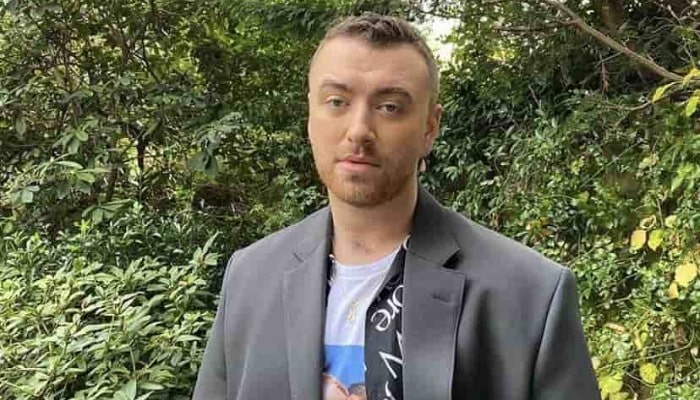 Sam Smith, who has the real name Samuel Frederick Smith, is a famous British singer, songwriter, and actor.

He reached his popularity when he contributed to the Latch song with Disclosure in 2012.

His career keeps going raising and gaining a lot of fans.

Sam Smith started gaining popularity when they collaborated with Disclosure for Latch in 2012. It ranked #11 on the UK Singles Charts.

However, their career started when they launched singles in 2008 and 2009 titled Bad Day All Week and When It’s Alright.

After gaining fame, Sam launched a single named Lay Me Down in 2013. He was also featured on Naughty Boy’s single called La La La. Sam eventually launched their album named In the Lonely Hour in 2014.

It peaked at number two on the Billboard 200 and became the second bestselling album in the US after 1989 Taylor Swift.

The next year, they won Top New Artist and Top Male Artist from Billboard Music Awards.

They have become a top-notch singer in the world. They had received prestigious awards from Academy Awards, BET Awards, and Golden Globe Awards.

They were also chosen to sing a soundtrack titled Writing’s on the Wall for the James Bond movie titled Spectre in 2015.

In 2014, there was a rumor that Sam Smith has a relationship with Daisy Lowe after she appeared in Sam Smith’s music video.

But, they quickly squash the rumor and clarify that they were not in a relationship at all

Then, in 2015, Sam Smith has known dating Jonathon Ziezel, who is a model and dancer.

Their relationship started around October 2014 and broke up two months after celebrating New Year’s Eve.

After breaking up with Jonathon Ziezel, there was a rumor that Sam Smith had a relationship with a man called Charlie King.

There was a rumor that they spent time together in a secret place to avoid any attention.

A rumor about Sam Smith having a relationship with Tom Daley was also raised.

But, at that time, Tom Daley’s fiancé, Dustin Lance Black, reminded Sam Smith not to text his fiance anymore.

In March 2016, Sam Smith and Jay Camilleri, which is a model, were known in a romantic relationship.

Jay also explained that they had been enjoying dates in Shoreditch House.

In the same year, Sam Smith was also rumored with Andy Newton Lee after they were seen getting cozy at Coachella.

But, it was not known if they were in a relationship or not. They also never confirmed their relationship to the public.

In 2019, Sam Smith was known to have a romantic relationship with Brandon Flynn. But, not for long, he deleted all of Brandon’s photos on his Instagram account.

Sam Smith’s net worth is around $45 millions. He has some source of net worth.

As a singer and songwriter, he earns a lot of money that comes from some applications such as YouTube, Amazon, Spotify, and Apple Music.

Sam Smiths reported has cash balance in Citibank dan Bank Of America, which is a primary account that receives all the income from royalties and businesses.

He reportedly has over $15 million in cash.

As a famous singer, he also has an expensive car. He collects a Ferrari Portofino which he bought for $700,000.

He also has Alfa Romeo Stelvio with a price of $90,000 and has other cars such as Aston Martin DBX, BMW X8, and Mercedes-Benz G-Class.

“I believe in God, but I don’t know what it is – if it’s a he, she, a he-she, or anything. Who knows what it is. All I know is that I feel like there’s something else there”

“My cross earrings are a mini statement; I wear them every day! My whole dream is to be iconic, and the way you dress yourself is so important.”

“My plan is just to love harder than I’ve ever loved before, hide nothing, and embrace that I’m an imperfect human being. Oh, and sadness – sadness is everything.”

“When it comes to age, I just feel like puberty is, like, the most horrible time of anyone’s life”

“You love who you love, and I can’t help that I like guys.”

2. They enjoys a drink with an amazing panorama

3. The black jacket looks good with the graphic white T-shirt

5. The black heel is on-point!

Sam Smith is an award-winning singer who produces songs that reflect on their true self. They are one of the greatest artists in the industry!