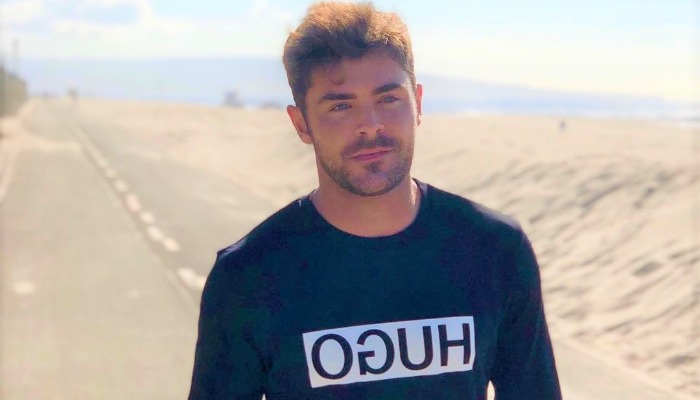 Before becoming a superstar, Zac Efron contributed to the theater The Great American Melodrama and Vaudeville.

There, he performed many shows including Gypsy and Peter Pan. His on-screen appearance began when he took guest roles in TV series named The Guardian, Firefly, and ER.

In 2015, he starred in Miracle Run in 2004. This role led him to earn a Young Artist Award nomination. His turning point was when the actor joined High School Musical in 2006.

Here, he got recognition from teenage audiences. Also, the soundtrack album gained certification from The Recording Industry Association of America (RIAA) for times.

The film became sequels and those brought him to receiving reputable awards such as Best TV Actor from Nickelodeon UK Kids’ Choice Awards in 2007 and Best Male Performance in the 2009 MTV Movie Awards.

After that, he played in comedy films like 17 Again and Hairspray. He continued appearing in successful box offices including New Year’s Eve (2011) and Liberal Arts (2012).

He also tried to shed his Disney image by taking roles in Neighbors as the main antagonist and Extremely Wicked as a serial killer (2019).

His role in The Greatest Showman, along with Hugh Jackman, was nominated for Best Motion Picture – Musical or Comedy in the Golden Globe Award.

1. He is definitely an outdoor man, right?

2. A black and white photo of Zac wearing a suit!

3. No wonder he is one of the sexiest men around the globe

5. His side profile is amazing

Are you adore him because of his good looking or acting talent? Whatever it is, keep supporting him!