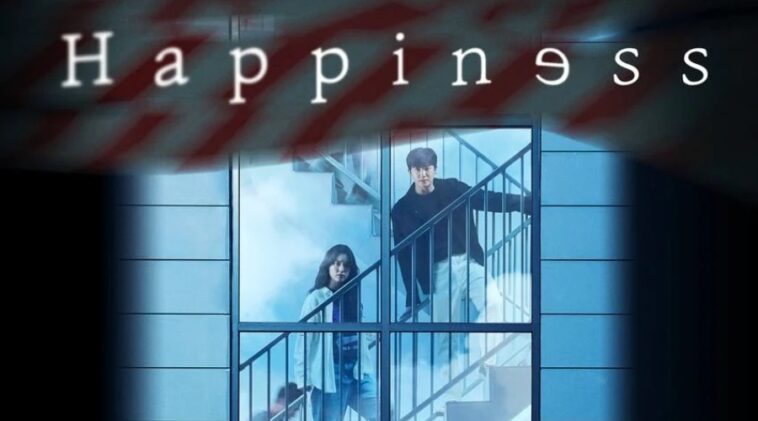 Happiness is a Korean drama talked about residents in luxury apartments who get struggle to survive because of the sudden disease that came to their apartment and make them suspect each other.

Park Hyung Sik also participated after his discharge from the military and his first drama after Suits in 2018.

He also appeared in some television series, such as Strong Girl Bong Soon (2017) and Hwarang (2016)

He also has played in many Korean dramas, there are Empress Ki (2013) and Chicago Typewriter (2017).

This drama can be streamed on tvN starting on November 5, 2021, every Friday and Saturday to at 22:40 KST replace the previous drama, Yumi’s Cells.

Yoon Sae Bom (Han Hyo Joo) is a member of the special police who gets excited about her moving into the new apartment.

Unfortunately, her excitement must disappear after the sudden disease that comes to the apartment and make it closed permanently.

With the helped of her friend Jung Yi Hyun (Park Hyung Sik), she tried to help the residents while waiting for Han Tae Sook (Jo Woo Jin) ‘s aid and medicine.

This drama does not only raise the sudden virus but the differentiation of social class between the lower and high floors. Can they survive to face the disease and suspicion among them?

A member of special police who has strong charisma and personality. She must face the clash between two social classes in her new apartment while survived from the sudden disease.

He is Sae Bom’s friend since high school and has a secret crush on her. Yi Hyun also helps Sae Bom to calm down the clash between the high and low classes.

A military agent that has stopped from his military and become an executive in a pharmacy company. Tae Sook is also the key holder of the disease healer.