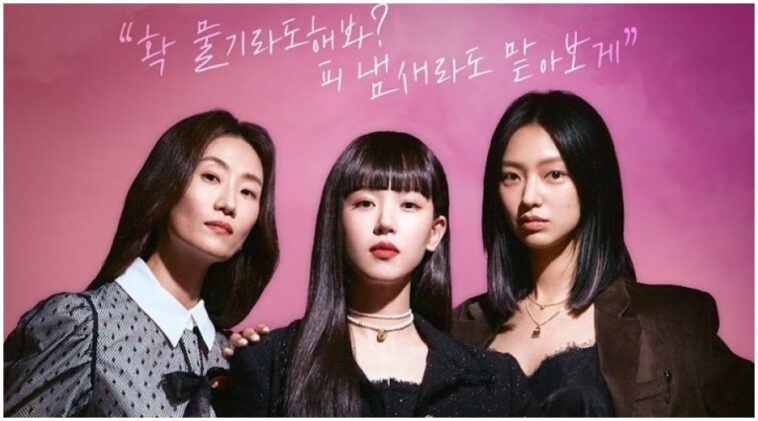 TvN Studio revealed that Handsome Production has officially released a short drama titled Bite Sisters which will be released on October 19, 2021 at TvN D Studio.

Kang Han Na previously starred in fantasy dramas titled My Roommate is Gumiho (2021) and Start Up (2021).

Meanwhile, Lee Shin Young who collided with Kang Han Na previously appeared in the drama Blue Spring From A Distance (2021).

This mini web drama streams every Tuesday and Friday on the TvN D Studios Youtube Channel.

This drama tells the story of two lives that meet, between the world of vampires and the ordinary world.

The story begins when Han Yi Na (Kang Han Na) who is a vampire has an interest in interfering in the human world.

Han Yi Na became an influencer in transcendent fashion until then her followers grew to millions.

He then used the opportunity to help ordinary humans who were experiencing hardship and injustice. He also uses his magical powers to help the weak.

A vampire who uses his powers to help the “weak”. Its members are the Trio Sisters who are influencers with millions of followers. Vampires who have story characters and gentle.

The eldest member of the Trio Sisters who has a colder character than her two sisters. Likes to dress elegantly and classic but still chic.

The sister of Han Yi Na who is a career woman. He spent his time only working in an advertising company.

A “human” who is captivated by Han Yi Na’s beauty and appearance. Fall in love with Han Yi Na and willing to do anything to get her love.