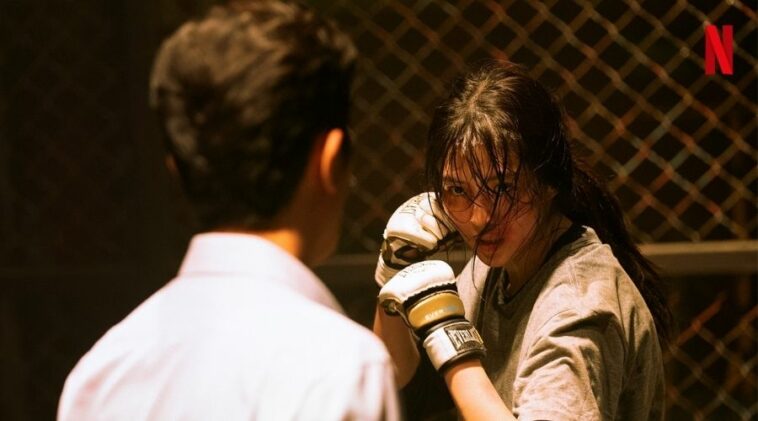 My Name, a Netflix Korean drama, just has started its release date on previous October 16, 2021, on its streaming site.

Having been being awaited for a long time, My Name is starred by Han So Hee, Park Hee Soon, and Ahn Bo Hyun.

To watch this gorgeous series, you have to mark your schedule, which is aired every Saturday on the Netflix streaming site.

Synopsis of My Name

The story of this drama starts when Yoon Ji Woo (Han So Hee) has to face the fact about her father’s death.

After knowing this, Ji Woo decides to take revenge for the murder.

Later, she joins a drug crime group Dongcheonpa as a worker there, where there is a Choi Mu Jin (Park Hee Soon) as her boss.

She then tries to find out about her father’s death with her boss’ help and that leads her to her decision to work at the police department, where she becomes a partner for Jeon Pil Do (Ahn Bo Hyun).

After her father’s death, Ji Woo tries to find out the murder. She is also Dongcheon’s member who later works at a police department.

As the biggest drug ring boss in South Korea, Hee Soon is a powerful person. He was also a best friend of the father of Ji Woo.

A strict detective who works at Inchang Metropolitan Police Agency who becomes the partner of Jiwoo.

People in the police

Trailer of My Name