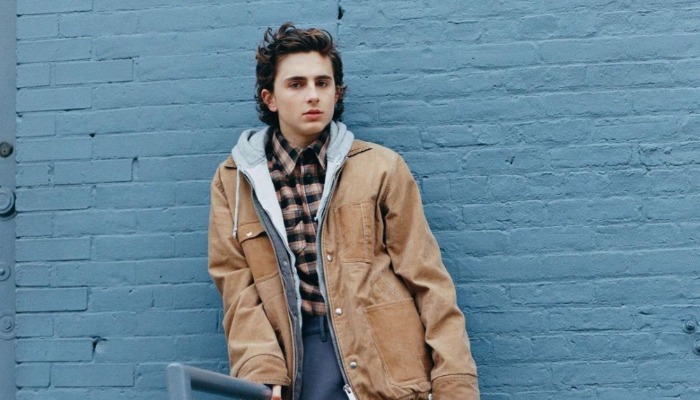 Timothée Chalamet got his first role, Law & Order, at the age of 13. Then, he had roles in indie movies such as True Deception, One and Two, and Miss Stevens.

His first big role was in 2014 when he played the young version of Tom in Interstellar directed by Christopher Nolan.

2017 is his breakthrough. He became a soldier in Hostiles and a high school teenager in Lady Bird. After that, he got a leading role as Elio in Call Me by Your Name.

From this movie, he received considerable backlash. He got nominations for the Best Actor in the Academy Award, Golden Globe Award, and Oscar.

He continued expanding his wings and acting skills by taking an important role in the drama Beautiful Boy, The King, and the famous adaptation movie, Little Women.

1. His eyes express a lot! It proves how excellent his acting skills are

2. Wearing pink pants? Why not?

3. Timmy lays on the ground with a striped long sleeve shirt

4. Be careful with his gaze! It’s magnetic

Timothée Chalamet is a young and talented artist who never gives up on showing his true passion for acting.