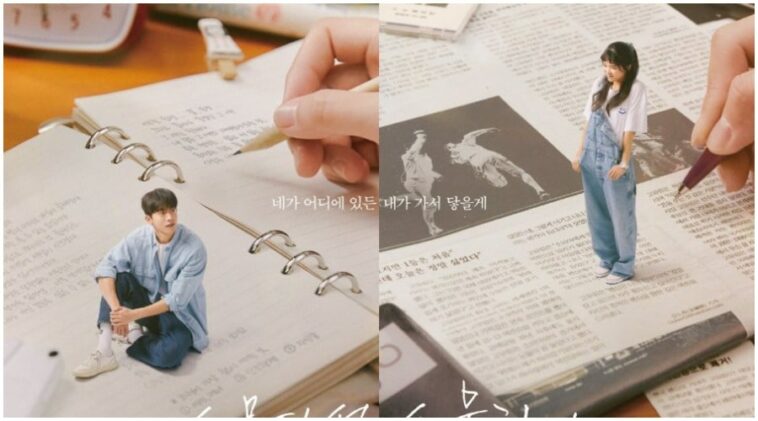 Meanwhile, Nam Joo Hyuk became famous after he acted in Start Up (2020) and The School Nurse Files (2020)

Not only that, but Choi Hyun Wook also joined this drama after appearing in the drama Jirisan (2021) and Racket Boys (2021)

This drama aired to takes over Saturday and Sunday drama, Bulgasal: Immortal Souls.

Synopsis of Twenty Five Twenty One

Hae doo is a talented fencing athlete in her school. Due to the financial crisis in Korea, her fencing team school get disbanded, but her dream to become a number one ranking fencing athlete always grows Up.

Meanwhile, Baek Yi Jin (Nam Joo Hyuk) is a spoiled son from a wealthy family, due to the crisis he became a delivery newspaper, but turns out into a reporter for the broadcasting network.

in their fallen life stage, they met with supportive friends who always support them and promise to reunite four years later. Can their dream come true?

A professional fencing athlete in the national team. One day her fencing team going to bankrupt because of the financial crisis in 1998. She is very optimistic and never gives up on her dream.

He is grown up in a fancy house and glamorous lifestyle. His life turn out into a poor family after the financial problem in 1998. Yi Jin works like the newspaper delivery man and part-timer in a rental book shop.

The youngest athlete who gets a gold medal from the Olympics, which makes her became Hae Doo’s rival.

An influencer who has a different character and style from his friend. He has a dream to place him in the first ranking in Cyworld, the biggest South Korean social media in early 2000.

She is the first ranked and the leader in the class who has a rebellious heart. She is becoming DJ’s Pirate Radio while she discusses today’s good news, society, school, and individual lives.

Trailer of Twenty Five Twenty One