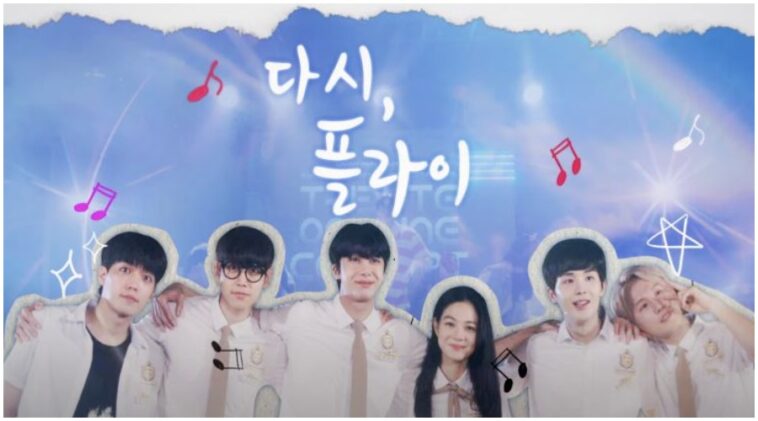 Fly, Again, a Korean drama from Webtoon adaptation was released by Kakao TV on November 13, 2021
.
This drama starred by some famous actors and actresses, such as Hyung Won, Kim Myung Ji, Park Eun Hye, and Tony Ahn.

He also became a cameo in The Temperature of Sophisticated Gardenin 2018.

The story began with Han Yo Han (Hyung Won), an ordinary teenager dream of being an idol.

He started to change his life by turning his image from a genius dancer into an all-rounder idol and moving into Hanbit Art High School to extend his talent.

Unfortunately, his dream stopped when he got an accident in his new school. So, Yo Han finds a new way to actualize his goals.

Suddenly, he meets a member of a dance club named “Villains” accidentally and brings him into a new world that he never met in his life.

On the other side, On Ji Min (Kim Myung Ji) is a diligent student who has the potential to be an idol.
But she chooses to follow her parent’s desire that slowly makes her feel clueless about her life.

The complicated life between them makes Yo Han and Ji Min have an unexpected relationship.